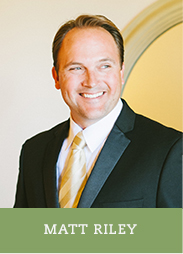 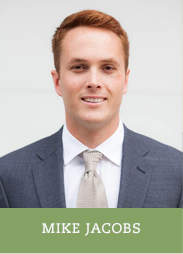 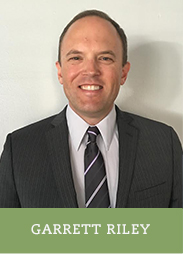 Matthew Riley founded The Riley Group as a boutique firm specializing in Trust Services and Asset Management in 2010. Matt is a licensed real estate broker in the state of California. The Riley Group currently has over 600,000 sqft of industrial and retail real estate under management in California, Arizona and Colorado. These real estate holdings are in excess of $80,000,000. Long-term leases have been executed with T-Mobile, FedEx, Panera Bread, Brinks, Mattress Firm, ViaSat, IHop, Specialty Woods, Starbucks, Thermal Structures and Verizon.

Matt graduated from the University of California, Santa Barbara in 1999 and received a secondary degree from Cal State Long Beach in 2001. He lives in Palos Verdes with his wife Lindsay, son McCoy, daughter Sedona and bulldog Easy E.

Michael Jacobs serves as an Associate at NAI Capital specializing in the acquisition, disposition and management of multifamily assets in the Long Beach and greater Los Angeles area.

A native of Los Angeles, Michael holds a bachelor’s degree in Business with a minor in Economics from the University of Colorado at Boulder.

Garrett Riley serves as Property Manager and Asset Manager for the Riley Group. He has over six years experience in the building management side of real estate overseeing large industrial properties. In addition to day to day tenant needs, his scope of duties includes ensuring fire, roof, electrical are all within code on an annual or as needed basis.

In addition to real estate, Garrett has over 20 years sales management experience primarily focusing on the use of data analytics to maximize bottom line for his customer portfolios.

Garrett holds a Bachelor of Arts degree in Political Science from California State University Chico. He resides in Los Angeles with his Wife Tasha, their two teenage sons, and Black Labrador.

Gayle is the owner of Bailey’s Business Support and has been in business in Redondo Beach for over 30 years. She has 25 years of Trust and Real Estate accounting experience as an independent contractor for both The Terraden Corporation and The Riley Group. She is a member and Past President of the Rotary Club of Redondo Beach and a member of the Redondo Beach Chamber of Commerce.

Gayle graduated from El Camino College and has lived in Redondo Beach since 1960. Gayle is married to Doug Bailey and has one son and two grandchildren.